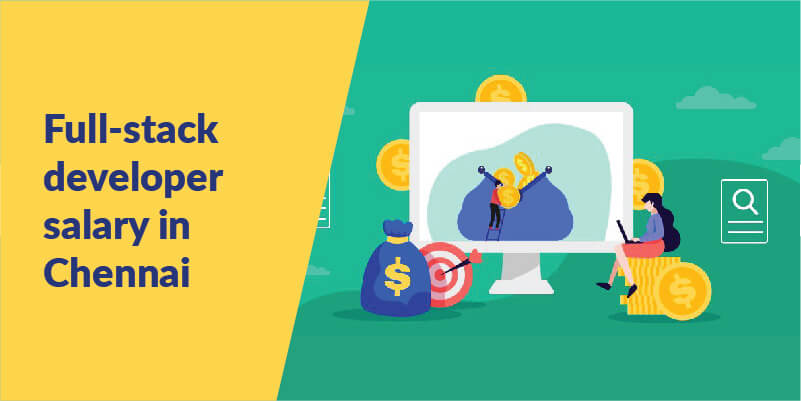 Full Stack Developer Salary in Chennai is looked upon with awe as Full Stack Developers are much in demand since 2017. But why? Demand for people having multiple skills in backend and frontend has increased and the majority of companies have started looking for Jack of all Trades. Such skills fetch good fortune and this blog is going to look into the details of income of Full Stack Developers.

The blog will also probe into the differences that exist between Full Stack Developer salary in Chennai city and other cities along with the world at large. Such a comparison will aid the reader to understand the importance and significance of Full Stack Developer courses provided by companies like Crampete in Chennai. Related Tags: Full- stack developer salary in Hyderabad?

What is the salary of a Full Stack Developer in Chennai?

Understanding this compensation will help us to understand the value of the job and its technicalities in the city.” Average Full-Stack Developer salary in Chennai  is Rupees. 575,001( Five Lakhs Seventy Five thousand and One Rupee Only)”  whereas entry-level developer or fresher’s salary is ₹2,72000. The table below elucidates the pay structure of a Full Stack Developer in Chennai with a clear break up of each constituent of the salary [table id=2 /] In order to know the details and to have a better understanding, let’s have a segregation of the same as depicted below

On the basis of the above segregation, we can clearly understand how much a Full Stack Developer will make in Chennai what is the scope of growth in the future in terms of finances and position.

Under category-wise salary, the pay package of Full Stack Developers is drawn as stated below where 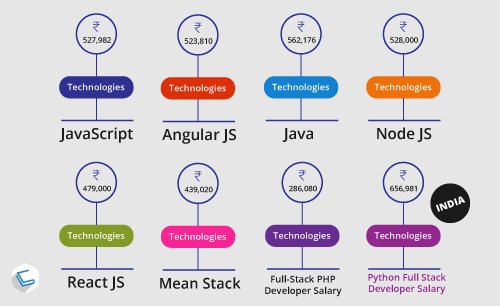 The cities like Mumbai and Ahmedabad tags behind Chennai in terms of Full Stack Developers salary in India pay scale. The table provided below depicts the trend that is ongoing in India at this point [table id=3 /] Hope this comparative analysis will help you narrow down your job hunting cities in India based on salary and other perks. .

Web developer’s salary is also based on the technology they are well versed in. For example, a Java Full Stack Developer Salary is ₹562176 on an average amongst other technologies in the market. It is the highest paid technology in the Full Stack Developers Salary in India Pay scale. As against this Mean Stack developer salary in Hyderabad on an average is  ₹4,39,020 and it is the same across the country too. 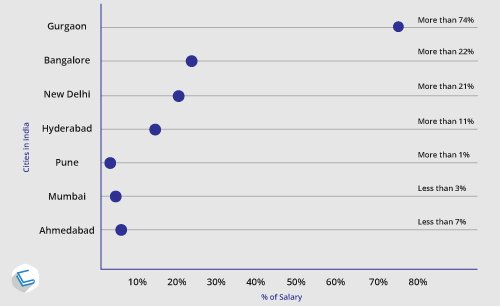 In the above segments we have seen average full stack developer salary in India payscale and in this segment, we are going to have a comparative analysis with Average Full Stack Software Developer Salary in other countries like UK, US, Canada etc. This comparison will help us understand the trend of full stack developer jobs in varied technologies across the world.

The above table depicts the range of full stack developer salary across the world based on the level of experience a person has in the field. Each of the countries discussed above gives the salary package in their own currency and if convert each into INR we will be able to understand what it actually means to work abroad as a Full Stack Developer.

Any professional job, when taken up, requires professional qualification and a Full Stack Developer job is one of the most sought after jobs in India and abroad, so are the qualified professionals for the same.

If an individual is well qualified and experienced, then the full stack developer salary in India payscale as we discussed earlier would be high and will be a most sought after professional not only in India but abroad.

Such qualification can be sought after through training and placement activities conducted by Crampete through their Self Paced, On-Campus and Online Live. Just click the link below and start your Full-Stack Developer course to become an expert Full Stack Developer to reap the benefits in the future.

With such a lucrative job of Full Stack Developer in Chennai, India and abroad, it's tough to neglect the other benefits such as PF, Bonus, Profit-sharing and other emoluments just as other employees. This is a win-win situation for both the employees and the employer in any country. With different roles, the benefits received by individuals are different but is based on the experience and expertise they hold in their fields.

Thus the above blog has discussed in detail about Full Stack Developer Salary in Chennai along with full stack developer salary in India pay scale comparing it with the Full Stack Pay scale around the world. This gives an overview as to how the market is dominated by professionals who are Jack of All Trades with all experience and expertise to boast about.