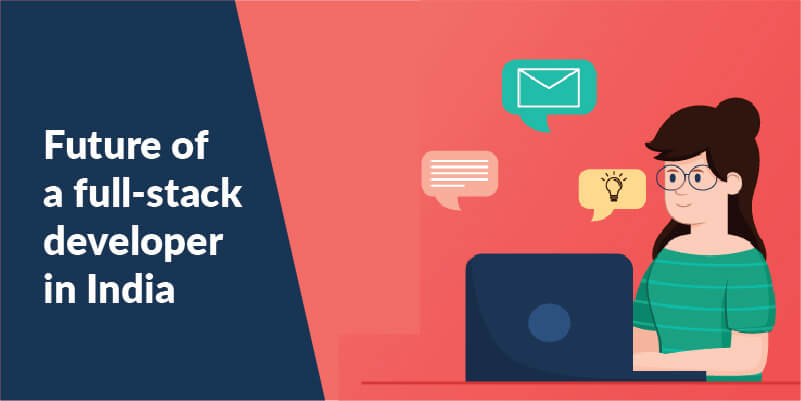 What is the future of a full-stack developer? A complete analysis!

If you’re reading this article, chances are you are interested in learning about the newest technology that runs the world. However, while choosing to learn about such a technology, you must consider various factors. Factors that will guarantee a good career. Some of these factors include the demand, earning potential, future scope, and so on.

Are you thinking if full stack developers are in demand? Or what’s the scope of full-stack development in 2022?  As mentioned earlier, A full-stack developer’s career is the most demanding and fulfilling one. It involves a combination of work at the front-end and back-end to build website applications.

As you know, the lack of skilled professionals makes this field highly competitive and opens up a lot of opportunities for interested individuals. This also paves the way for individuals to take up courses on full-stack development. But a certified course is always preferable if you want to make a career in it. A full-stack development certified course offers the knowledge and skills required to work in any organization. 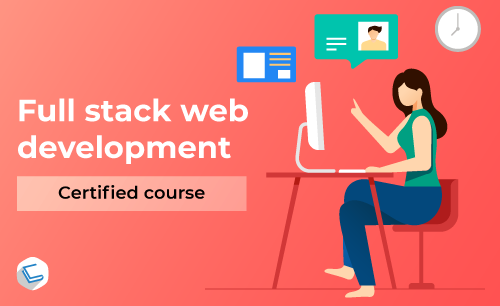 7 reasons why the future of a full stack developer is great!

1. Fewer resources for a company

React.js, node, JAVAScript, MongoDB, and Python are some of the programming languages that full-stack developers need to master.  Due to these qualities, most full-stack developers have a great future. Employers look for developers with multiple skill sets and qualities so that they can limit the number of resources [unless there is a great need]. Therefore, full-stack development is an excellent career choice because professionals in this field can supervise and handle any given situation during product development.

Due to their diverse knowledge and skill sets, full-stack developers are highly competent in multi-tasking, hence they are preferred more over other types of developers. Their ability to juggle multiple projects and manage everything single-handedly makes them exceptionally demanding and outgoing. Thus, a full-stack developer in a team can keep the team size small, which benefits the organization.

Because of the small team size, there’s not much confusion or delay in developing web applications. A full-stack developer in a team can manage an entire project from the beginning to the finishing line. Another advantage of a small team is that there is very less intervention in what the full-stack developer does, which also minimizes confusion and chaos. And the lesser the chaos, the better the product. 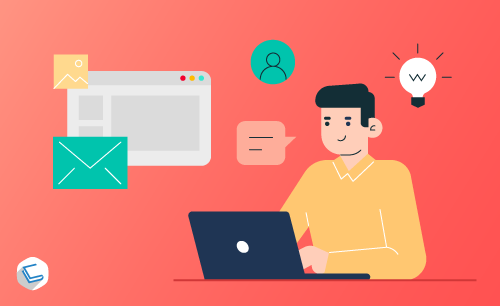 Full-stack developers can quickly adapt to any situation that may arise in a team, for example, replacing a team member, adapting to changing requirements for a product, applying extensive knowledge to develop a product, etc. They know how to deal with an unpredictable scenario during the production stage by remaining agile and adaptable.

Companies like Facebook, Google, and Microsoft hire a lot of full-stack developers. Other high-profile companies that often hire these developers include IBM, Cognizant, Infosys, and so on.

With an increasing number of businesses relying on developers for swift transition to the digital landscape, full-stack developers do not face any shortage of job opportunities. Likewise, they aren’t left empty-handed when it comes to freelancing. Many companies hire freelance full-stack developers on contract or without a contract. The remuneration varies based on the experience and skills that you possess as a developer. Sites like freelancer.com are good places to start with for freelance jobs. Also, networking with your past companies and teams is another great idea to get work as a freelancer.

A full-stack developer is an invaluable asset to any company that specializes in technology and development. With rapid advancements in software products and the demand for fast-paced technology, this profession is here to stay! 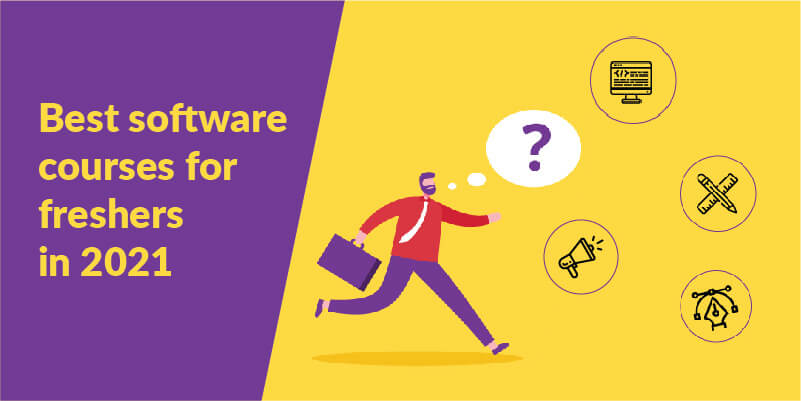