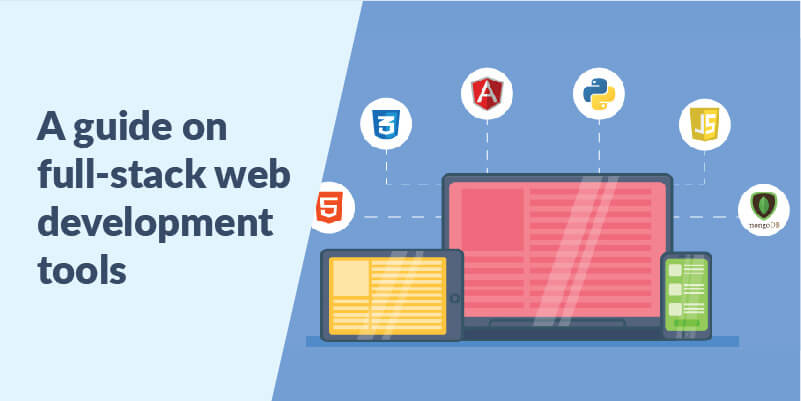 What are full-stack development tools?

Tools are used for making web development easy. Full stack web development has everything--front-end presentation layer, back-end server side, a database layer and everything in between. And the tools include front-end, back-end technologies, frameworks, libraries, DBs, package managers and code editors to name a few.

The transient nature of web development means that every day, there are more and more tools being available in the market. You can get to know some of the Full Stack Web Development Tools here. You can use the Full Stack roadmap to figure out an order to learn.

Angular.js- A framework developed by Google, Angular.js uses HTML as the base. It is used for managing a dynamic view. It gives value addition to HTML.

BootStrap- It is HTML and CSS based and supports JavaScript. Developed by Twitter, it cuts down a lot of code required in web development.

Foundation- This a family of CSS framework. It is easier to create responsive web UI and web sites with the foundation. It is flexible and completely customizable and also supports HTML template and JavaScript. 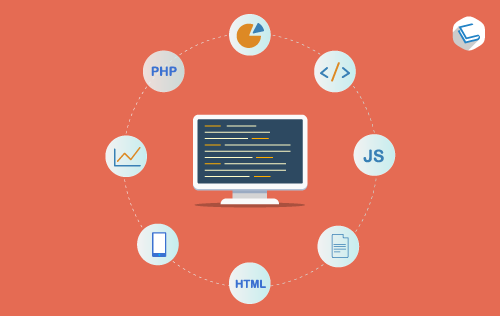 PHP-  Hypertext Preprocessor is a coding language suited for web development. It can be embedded into HTML. It is open source and for general purpose.

HTML5- HTML5 is the fifth major version of HTML. It is the basic markup language of the website. It is a software stack solution for web pages. It defines the behaviour of web pages with the markup language. It has Markup and API for complex web applications and can now be used to build cross-platform applications.

CSS3- CSS3 is a stylesheet language. It is used to define presentation aspects of a web page written using markups languages. It is one of the cornerstones of web development technology. CSS3 is separated into multiple working and independent modules. Each module gives additional capacities and extends features previously defined.

JavaScript- JavaScript is a just in time compiled, lightweight programming language. It supports prototype-based object-orientation. It is used to build interactive web pages that are suitable for all devices. This is the language that gives end-to-end solutions and javascript based stacks are used to build chatbots in web development.

Elixir- Elixir is a functional, concurrent language that runs on Erlang VM. It is used in fault-tolerant applications and provides tooling and extensive design. it is best for building a scalable application and maintainable applications.

TypeScript- TypeScript is an open source programming language. It is pure object-oriented in nature. It is developed and maintained by Microsoft. It was designed for the development of large applications. It is a superset of JavaScript and transcompiles into it. TypeScript can be used on both front-end and back-end frameworks.

Ruby- Ruby is a high level, interpreted programming language. It is dynamically typed and supports procedural, functional and object-oriented programming paradigms. Ruby is influenced by other languages like Perl, Lisp, Ada, and Smalltalk.

Ruby on rails- It is an open source server-side application that runs on Ruby. Rails is an MVC framework and it provides default options for databases and a web service. It has influenced many other frameworks in various languages.

Django- A python-based web framework. It is used for server scripting and is very fast. It cuts down on the amount of code to be written for an application. It is maintained by the Django Software Foundation.

NodeJS- It is a JavaScript run-time environment. It is used for server-side operations to create dynamic web pages. It follows a Javascript everywhere paradigm with just one language for both client-side and server-side development. It has an event-driven architecture. It is maintained by the Node.js Foundation. 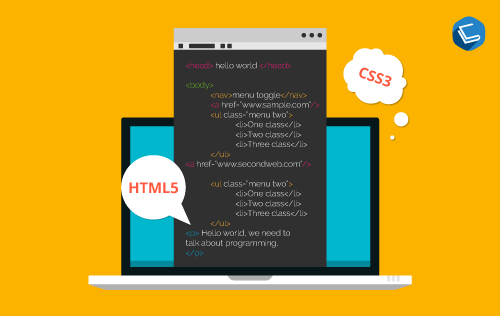 ASP.net- It is a free, open source framework for building web applications and web services with C# and .NET. It supports multiple platforms. ASP.NET expands upon the .NET development platform with programming languages, tools and libraries. It is developed and maintained by Microsoft.

EmberJS- It is an open-source JavaScript framework. It has an MVVM architecture. It is used to create a scalable single page application.

MySQL- An RDBMS is a traditional database that uses SQL for operations. It is also one of the popular and widely used databases.

MongoDB- This is a NoSQL database meant for modern developers. It is document based and SQL is not necessary. High-security levels are maintained. Cloud-based version is available.

PostgreSQL- This is a free and open source relational database management system. It can handle data warehouses to web services with concurrent users.

jQuery- This is a JavaScript library which makes front-end development easy. It abstracts functionalities and makes designing easier.

D3.js- D3 stands for data-driven documents. D3 is a javascript library. It produces dynamic and interactive data visualisation for web browsers. It uses CSS, HTML and SVG standards. It allows more control over final visuals compared to other libraries.

React- React is developed and maintained by Facebook. It is a javascript library for building UI. It is used to develop single page applications or mobile applications.

Lodash- This is a javascript library. It follows functional programming. It draws ideas and is maintained by the underscore.js team. It helps to write concise and maintainable codes.

All of the above are the basic required skill sets and you can pick and choose items from that list. You can learn some of these in a package in some online training courses on Full stack web development.

Next, we discuss the additional tools that make web development easier with customized options. These are a good value addition to the resume as well.

Grunt- A task runner based on JavaScript. It is used to automate repetitive tasks like unit testing and compilation.

Bower- Bower is also a package manager. It is used to manage front-end technologies like HTML and CSS libraries such as jQuery and Bootstrap. It reduces the page load time.

Chrome developer tools- These tools allow developers to access the web application internal section. They are available with chrome and safari. They also have options to optimize loading flows.

Google PageSpeed Insights- The performance of pages across devices is tested and reported. It also provides data used for debugging performance issues.

Pingdom- It analyzes the page load time and finds bottlenecks. It is cost effective and reliable.

Sourcetree- This is a free git client for Mac and windows. It is simple to use by new coders yet powerful enough for experienced people.

GitHub client- This is a distributed version control system application. It stores the written code and tracks changes to it and deepens the collaboration between team members. It handles large projects with ease.

GitLab- It is a web-based DevOps tool originally written in Ruby. The current technology stack includes Go, Ruby on Rails and VueJS.

Slack- This is a cloud-based team collaboration software. You can integrate or build your own app with Slack.

Trello- It is a list-making application. It is web-based and very easy to use. It is highly flexible and can be used for project and task management.

Apache- An open source HTTP server for a modern OS, Apache supports Windows and Unix. It is secure and efficient.

Nginx- Pronounced as EngineX, this is a web server. It also functions as a load balancer and an HTTP cache.

Caddy- This is an open source web server written in Go programming language. It uses the Go Standard library. It is known for enabling HTTPS by default.

Hope this guide helps you get your head around the full-stack tools you need to know. These skills will help you if you want to work as a full-stack web developer. It doesn’t matter if you are a beginner or an experienced full-stack designer, there is always something new to learn. Please reach out to us if you have queries related to full-stack courses.

1. What tools does a full stack developer need?

2. What should I learn as a full stack web developer?

3. What language is full stack?