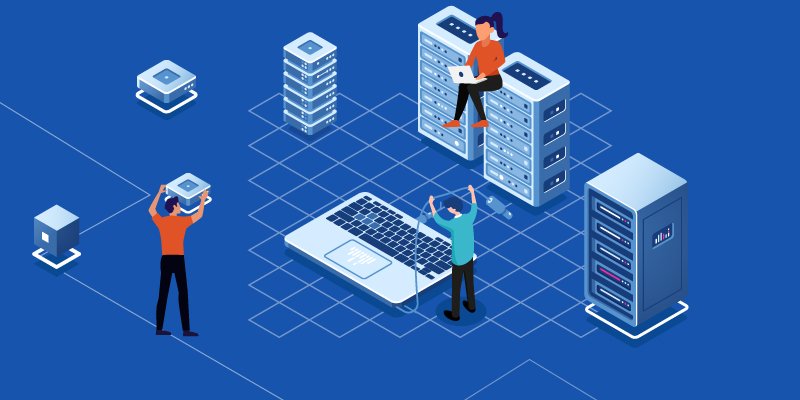 It is designed such that user requests are run on the primary server. It provides an interface to users to make requests, give instructions to the server to process. Server side coding is also responsible for user authentication, and data security.

In this article, we are going to explore the requirements of server side scripting and web development technologies.

If you are looking for an easy way to become a back-end web developer, do an online course on web development.

Our tutors are well-prepared to handle Full Stack offline courses as well according to the requirement.

The front-end is where the user interacts with the system. Check out the article on front-end developer if you are interested in creating a user interface with front-end frameworks.

To work with servers you should know about handling server codes and the response to clients.

Server side technology are a set of tools and programming languages that are used to design, build and maintain server side operations of a web application.

In addition to server side scripting, you have to learn about front-end and databases to be a full stack web developer. 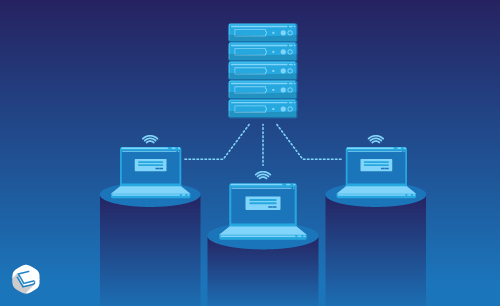 How to select the technology to be used?

There are any number of frameworks available to do all that we need to do. We are spoilt for choices. It leads to a lot of confusion and indecision over which framework to use. So, to select the best option we have some metrics for you.

This is the easiest method to weed out a lot of web development frameworks. This doesn’t narrow the list but cuts down frameworks that are used in other languages.

Now you are left with a finite but a long list of choices. Her, you start to use metrics to shortlist frameworks that will suit your business interests.

Familiarity with the chosen language

You should have a team of back-end developers who are familiar and experienced with coding in the language you are choosing. Otherwise you will have to hire a developer with the skills or train your existing team to work with the language and then the framework. Wrong selection of the technology will waste time, effort and money and ultimately the efficiency.

How efficiently can you get the work done. It is an important metric for selecting the framework. You can go with opinionated framework if you expect some common issues to surface or some problems that are similar to those already faced. These frameworks then will have a ready made solution for it. Such small considerations will improve the overall productivity of the team.

How much effort you have to put into the learning of the selected framework. The effort you need to make is also dependent on the documentation available and its community support. If your team of web developers already have a strong knowledge of the programming language, it is a plus. Bonus points for being already familiar with the framework itself. If your team is not having expert knowledge of the programming language, then the task has a steeper learning curve.

Performance of the framework and the language

Selection depends on the performance of the framework and the underlying language. ‘Speed’ as such is not a great consideration given that even larger sized framework have enough speed to medium sized sits.

The application you build with the backend framework should be scalable. There are two types of scaling – vertical and horizontal. You should be able to vertically scale your website once it is getting successful by upgrading to more powerful hardware. Later, once you exhaust caching, you should be able to scale the same program to share the load and distribute your site across various web servers.

Data protection and security is very important. Some frameworks offer more on the security front than the other framework. Depend on how secure you want your system to be, you can choose the framework.

Your choice of framework must have extensive community support and documentation. They help other coders to easily find relevant information and makes the learning process easier. It also is useful when you are facing an issue during the development. 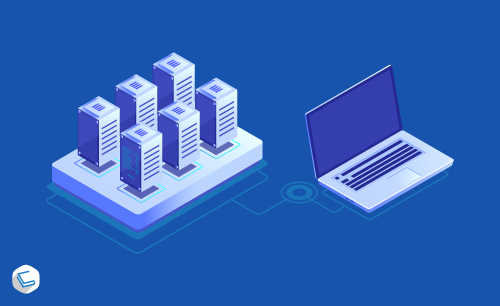 This is a programming language that is considered to be a building block of web development. This is one language that is used for both front and back end applications. It has promoted the Javascript everywhere paradigm. Javascript is a popular language and is easy to learn.

Python is the latest trending programming language for back end development. It is easy to use and is open source. It emphasizes on readability and has an object oriented approach. It is used to write code for small as well as large projects.

Ruby is a dynamically typed programming language. It is an object oriented language. It serves as a foundation for domain specific languages. It can be implemented across all platforms.

Java is similar to Javascript. It is not a purely object oriented programming language. It is designed to have minimum amount of implementation dependencies.

Hypertext preprocessor language popularly known as PHP is an open source language. It is suitable for back-end web development. It can also be embedded into HTML.

Why do we need a framework for server side development?

You can design and build a website by writing codes purely using programming languages. It is possible but takes a longer time. It requires heavy coding and takes a lot of effort. So reduce the sheer amount of code written and make coding for backend applications more simple and approachable, frameworks are required. Frameworks provide tools, utilities, and libraries that simplify the overall process of web development. Some of the back-end frameworks offers the below mentioned features which gives them an edge over the other frameworks as well coding purely with the programming language.

It is a web development framework that is written in Javascript. It is an open source software and it is free. It is the back end part of the MEAN stack. Node promotes Javascript every where paradigm.

It is a rapid development framework. It is written in python. It is an open source framework. It has a clean design and aims to reduce the amount of code written. It is an extensive framework and offers most of the features that will be required by a web developer. This makes it a good choice of framework. It works seamlessly across various modules since everything is provided with the framework.

Flask is another framework that is written in python. It is a micro framework and does not need libraries and other tools. It does come with a built-in development server and a debugging system. It also provides template support, unit testing and cookies security.

Express is a framework that is built on NodeJS. It is fast and flexible. It provides a good set of features for web and mobile application development. It is very efficient in handling resources. It makes easy the migration of client side to the server side web development.

Rails is a framework written in Ruby. It is similar to the Django framework. It has a standard mechanism of routing urls, and accessing safe zone.

It is a web framework by Microsoft. You can create web sites and web applications that are based on HTML, CSS and Javascript. Then scale it when you require.

SpringBoot is a framework built on the  Spring framework. It is a good choice for those who use java as the language of server is written. It is easy to create applications that runs by itself. It is best for web applications that are scalable, and large. It is an ideal solution for those cloud based projects.


All you need to know about Full Stack Developer skills 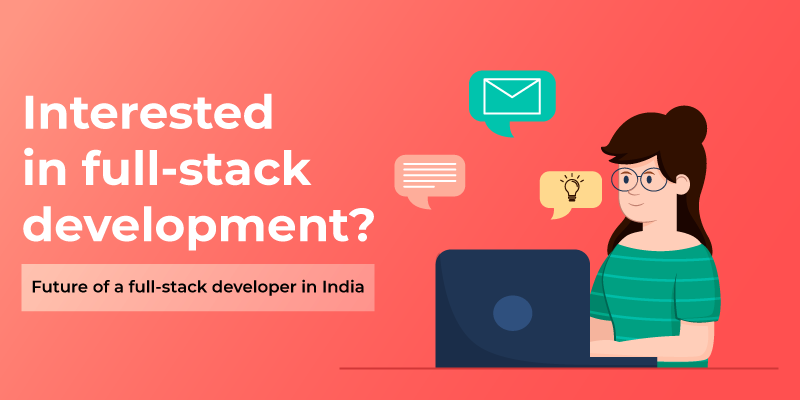 What’s the future of a full stack developer in India? 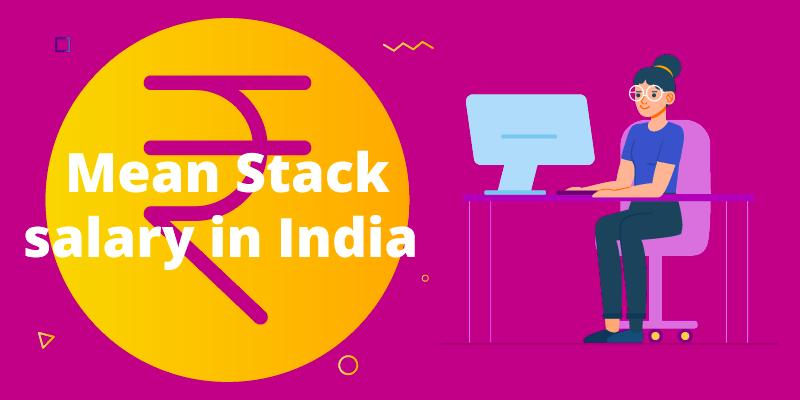 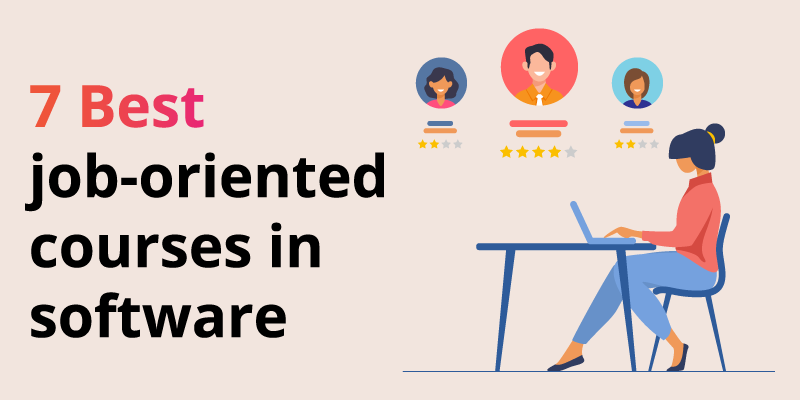 Want to Upgrade Your Career? Talk to Us