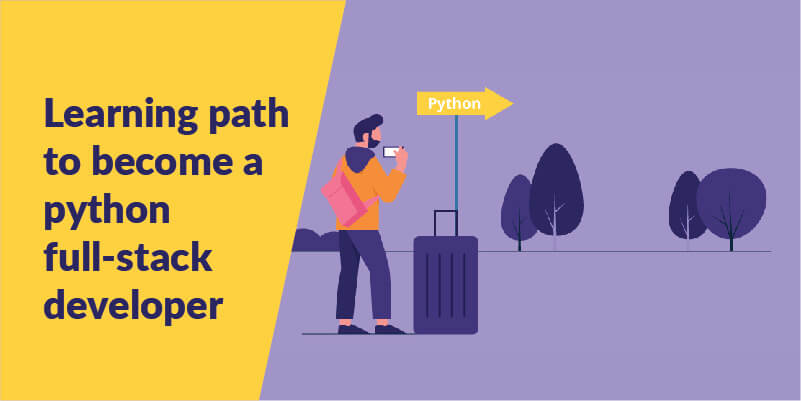 A python full stack developer is a hybrid of the two. They are capable of designing a comprehensive web application because they have both front-end and back-end expertise.

What is the role of a full-stack developer?

Using the roadmap of Python programming language for web development has a number of advantages, including a quick development time. The nicest aspect about utilizing Python as a full stack web development, on the other hand, may be the career options it may provide. full stack developer and back-end Python developers are still in high demand. Python is widely used in data science and machine learning, so as you grow as a full-stack engineer, you may add these to your back-end skill set. 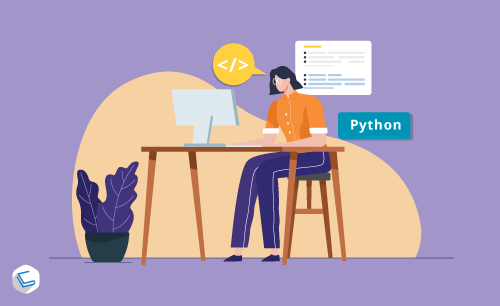 Flask, Django, Turbogears, CherryPy, Pyramid, Bottle, and Falcon are just a few of the Python back-end frameworks available. We'll focus on the two most popular frameworks, Django and Flask.

Django is a popular open-source project with a significant development community. As a result, it regularly receives updates to its security, user and role administration, and database migration management capabilities. Django also comes with a REST framework that supports RESTful Web APIs in full.

Another popular Python web framework is Flask. It's referred to as a micro-framework because it's lighter than Django. Flask is a popular framework for creating API backend. In the Flask community, there are a lot of pluggable features.

Front-end development in Python, unlike back-end programming, is still in its infancy. As a result, HTML, JavaScript, and CSS are commonly utilized in front-end development. However, a few front-end Python frameworks, such as Skulpt, Brython, and Anvil, have lately been built.

Let's talk about Anvil because it's a bit more adult. Anvil is a full stack framework that can be used to construct both the front-end and the back-end of a website. We can use Anvil to create UI components for a web page by dragging and dropping components into Anvil's graphical interface. We may also change the characteristics of UI components and link them to certain events (Python functions). Back-end functions like database manipulation, file management, and user authentication are all handled by Anvil.

What you need to learn is determined by your prior knowledge. Here's a quick rundown of everything you'll need to know related to interview questions answers.

You'll want to study Python thoroughly if you don't already know it. After all, you'll be using it to program servers. But first, make sure you're familiar with Python essentials, such as algorithms and data structures, as well as object-oriented programming (OOP) in Python. While the latter isn't required, you should consider studying OOP approaches because they can help you save time in the long run.

Read More: How to become a python developer

On that subject, here are some pointers for a newbie developer studying Python.

If you're new to web development, you'll need to familiarize yourself with both sides.

Here's a quick rundown of everything you'll need to get started with back-end development:

Tips on how to become a full-stack Python developer

Here are some tips for becoming a full-stack python developer:

Consider it a long-term journey: If you're beginning from the ground up, you may have a lengthy journey ahead of you - which is fantastic! If you become frustrated with your development, keep in mind that the time you spend studying and practicing today will reduce your knowledge gap, allowing you to build a stronger foundation for future growth.

First, aim for broad understanding, then dig deeper: Because your knowledge spans multiple disciplines, you don't need to have the same level of expertise as a specialist. Begin with the bare minimum of knowledge and practice until you've mastered it. With time and professional experience, you'll develop a larger depth of understanding.

Set short, attainable goals to guide your progress: Because full-stack engineering encompasses a wide range of languages, frameworks, and approaches, your learning curve may take some time. If you need to learn a lot of new concepts, creating a plan that breaks down your overall objective into smaller goals with realistic dates can assist. 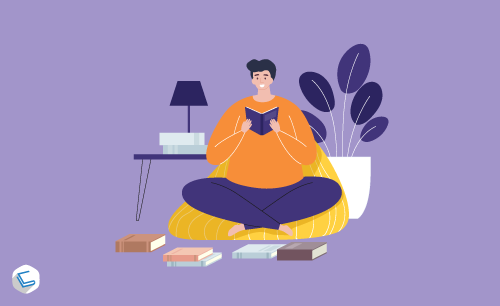 Concentrate on a single technology stack at a time: First, master one stack. Additional technologies can (and should) be learned later.

Learn among your peers: This may be done in any method that is convenient for you. Find a Python learning buddy, enroll in classes, attend a bootcamp, or join a Python Discord server.

You may either learn a Python courses and the back-end things first for free, or the other way around. As a result, if you're new to web development, it's best to start with front-end technology. Begin with HTML, and you'll be able to create a simple website with no design. HTML is a markup language that aids in the creation of fundamental website elements such as a header, picture, paragraph, and so on.

It's now time to start learning Python. Python is a widely used, powerful, and easy-to-use programming languages. If you haven't yet learned the fundamentals of Python, now is the time to get started. Python is a reasonably simple language to learn, and you can pick it up quickly if you put in the effort.

Understand the fundamental grammar, how code is written, how loops operate, how to build functions, conditional statements, and so on. You don't need to devote a significant amount of time to learning Python. Learn the fundamentals before moving on to the next phase. The majority of people remain at this stage for a long time and never progress in their jobs.You're ready to go on to the next phase if you know how to build loops, if-else, conditions, and functions in Python.

3. Become familiar with a web development framework (Django or Flask)

Now you must master a back-end web development framework. These frameworks are required for Python to conduct back-end development. When it comes to web development, there are primarily two Python frameworks to choose from. Django and Flask are their names. Django is a little tricky to get your head around at first. It's not rocket science, though, and if you put in enough effort, you can master it. Django is a model-view-template framework with several unique features. It's a little tricky at first, but once you get the hang of it, it's rather straightforward.

If you don't have any web development experience, start with the abilities that will help you get a job as a front-end developer. They are as follows:

If you're already familiar with front-end web programming and want to go full-stack, these are the back-end developer abilities you should master next.

Every web developer and engineer, whether front end, back end, full stack, or haystack (heh. ), needs an online portfolio to show off their work. Before you begin applying, be sure to update it with your best projects. You can add mock projects to your portfolio depending on the work you're doing in your classes if you're new to studying front-end and/or back-end programming. All excellent code counts, whether it's for clients or for pleasure.

Core Python, web frameworks, and object relational mappers are all required skills for a software developer/engineer. To integrate apps with other components, they need to be familiar with multi-process architecture and RESTful APIs.

To create server-side web functionality, a Python web developer is needed. They should be knowledgeable with web frameworks, as well as HTML and CSS, which serve as the building blocks of web development.

Database expertise and the ability to write Python programs are desirable skills. Tkinter is a must-have library for GUI-based web applications. Once you've mastered all of these talents, you'll be a python web developer.

Data interpretation and analysis require the services of a data analyst. They should have a strong understanding of mathematics and statistics.

Python libraries such as Numpy, Pandas, Matplotlib, seaborn, and others are used for data visualization and manipulation, therefore knowing Python might be beneficial in this area as well.

In order to assist in the decision-making process, a data scientist must have a solid understanding of data analysis, interpretation, manipulation, mathematics, and statistics. They must also be experts in machine learning and AI, including all machine learning techniques such as regression analysis and naive bayes, among others.

A data scientist must be well-versed in libraries such as Tensorflow, scikit-learn, and others. A data scientist will take on responsibilities that need all-around growth.

They're needed to get a machine to do anything special. A machine learning engineer harnesses the power of creativity and channels it into cutting-edge solutions.

Programming abilities, as well as understanding of Data Science and Data Modelling ideas, are required of an AI engineer. Understanding deep learning and neural networks is also required.

An AI engineer's job is to train computers to think like a human mind, or to respond as a person would in a given circumstance. All of this occurs as a result of a cognitive simulation.

For any automation test engineer, programming abilities are like a foundation stone. The Selenium web driver, as well as any associated technologies, is required. For example, ATLC approach and TestNG.

As an automation engineer, you'll be responsible for identifying software operations that can be automated. They must create and execute automation scripts to verify the processes' functioning, as well as build testing methodologies and frameworks for automation.

In India, Python full-stack developer salary for freshers range from 1.8 to 15.0 lakhs per year, with an average yearly pay of 4.7 lakhs.

1. How long does it take to learn Python full stack?

Learning the fundamentals takes around 6-8 weeks on average. This gives you ample time to grasp the majority of Python code lines. If you want to become an expert in Python and its area and work in data science, you'll need months or years of study.

2. How can I learn full stack in Python?

3. What skills are required for Python full stack developer?

While knowing Python may be enough to secure a job, most professions require a set of abilities. You may obtain a job writing Python code that links to a MySQL database, for example. Javascript, HTML, and CSS are required to create a web application. You should be familiar with mathematical modelling if you want to go into machine learning.

5. Is Python developer a good career?

Python Developer is a highly sought-after position in the business. Python is a programming language that is far more popular than C++ and Java. This is due to the fact that Python code is not only shorter and easier to understand than its more popular counterparts, but it is also extremely flexible.