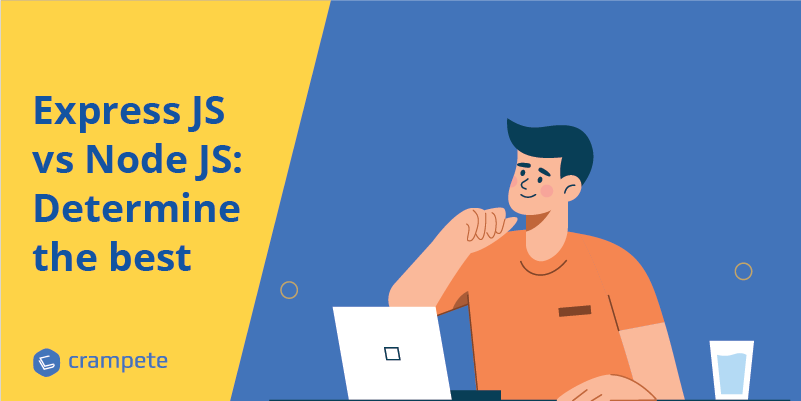 d capabilities that come with each one. Let's get started!

Node.js is a large open-source server-side, Javascript-based runtime environment. The single-threaded method utilised for web loading and async programming is credited with the framework's success as a high-performance, scalable framework.

Furthermore, Node.js-based frameworks like Express, Socket.io, and Meteor.js can be used to improve a project's backend functionality. The technology is renowned for building single-page apps, websites, and backend API services using real-time and push-based architectures. 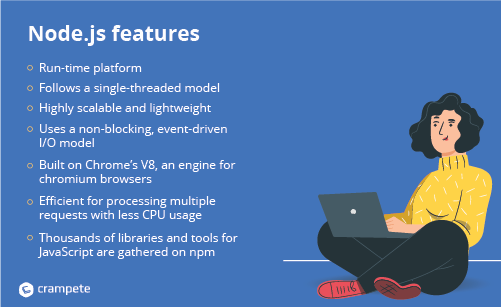 Know about nodejs from here

Express.js, sometimes known as Express, is a Node.js-based open-source server-side framework. It is part of the MEAN, MEVN, and MERN stacks and is written in Javascript.

For speedier and more efficient web development, Express includes plugins, template code, middleware packages, and routing features. In addition, the framework allows third-party libraries and functionality to be included, making customisation easy. Express js tutorials help you to get high knowledge on that.

Use cases of Node.js

Use Cases of Express:-

Advantages of express js vs Node.js

Because JavaScript is one of the most well-known programming languages, the majority of front-end developers have a good understanding of it.

The usage of Node.js in the backend becomes quite simple for developers. Node.js is easier to learn and takes less time to master.

Node.js uses Google's V8 JavaScript engine to parse JavaScript code. The major benefit of this method is that it compiles JavaScript code straight into machine code, making it easier to implement the code efficiently.

Non-blocking operations are supported by Node.js, which improves the speed of code execution.

The open-source community of Node.js offers the ability to cache specific modules. Any module request is cached in the application memory.

Because caching helps apps to load web pages faster and reply swiftly, developers don't have to re-execute the scripts.

Node.js provides developers the freedom to create apps and software. This functionality is very useful because other platforms have limits and do not have it. When creating apps using Node.js, you may start from the ground up. 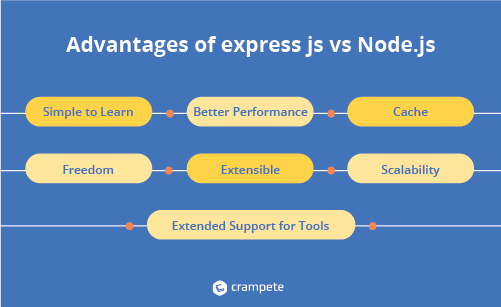 Another benefit of Node.js is that it provides support for a variety of widely used tools. On Node.js, you can easily use the standard tools.

If you wish to test the source code, for example, you can use any unit-testing tool like Jasmine.

Node js is required in angular Js. For that node js has to be installed.

Node.js is recognised for being extremely expandable, which means that you may customise and expand it to meet your specific needs.

You may also use JSON to specify the level of data exchange between the web server and the client. It also comes with built-in APIs for constructing HTTP, TCP, DNS, and other types of servers.

One of the main advantages of Node.js is that designers believe it is straightforward to grow apps both horizontally and vertically. By adding more hubs to the present architecture, the applications may be scaled evenly.

Furthermore, during the vertical scaling of the application, Node.js gives you the option of adding extra resources to the single hubs. As a result, it is extremely flexible and provides superior alternatives to other JavaScript servers.

API is Not Stable

The Application Programming Interface (API) in Node.js is changing at regular intervals and does not stay stable, which is one of the major issues that many designers confront.

Frequently, another API appears with different incongruent modifications in reverse. As a result, the developers are forced to make changes to the existing codebases in order to maintain compatibility with the most recent Node.js API adaptation.

JavaScript does not have a robust library system when compared to other languages. This forces users to utilise a common library to complete activities such as ORM, database operations, image processing, and XML parsing, among others.

This makes it difficult for developers to use Node.js for even basic programming tasks.

Node.js offers both benefits and drawbacks. The key point to consider is that Node.js has broadened the scope of JavaScript applications and may be used for both backend and frontend servers.

The majority of the system's restrictions are, to a large part, emotional in character. Some people dislike Express's simplicity, while others complain about the chance for action rather than a conventional structural design. Despite all of these flaws, the system's viability is difficult to achieve.

For big projects, Express.js is not a good solution. This framework works well for small and medium-sized applications.

In Express, there is no built-in error management. It's also extremely opinionated, which can be both a good and negative thing. For the most part, it may be detrimental to novices. 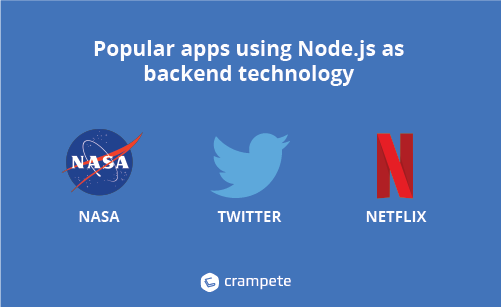 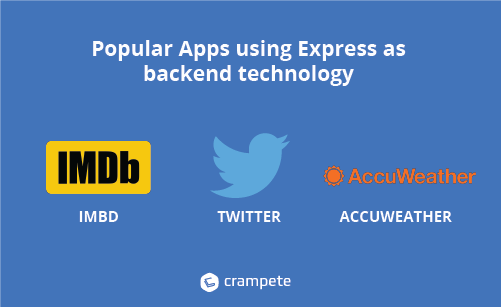 The following are some market statistics for Express as a backend technology:-

With less than 1 year of experience to 10 years of experience, Node JS Developer salaries in India range from 1.8 lakh to 11.0 lakh, with an average yearly income of 4.6 lakhs.

The average yearly pay for a Node JS Developer in Hyderabad/Secunderabad is 5.0 lakhs, with a range of 2.4 lakhs to 11.0 lakhs.

Node js salary in other countries

In the United Kingdom, the average backend node js developer income is £55,000 per year, or £28.21 per hour. The starting salary for entry-level employment is £43,500 per year, with most experienced professionals earning up to £70,000 per year.

With less than 1 year of experience to 10 years of experience, express JS Developer salaries in India range from 1.5 lakh to 10.0 lakh, with an average yearly income of 5.6 lakhs.

The average yearly pay for an express JS Developer in Hyderabad/Secunderabad is 4.0 lakhs, with a range of 2.0 lakhs to 9 lakhs.

The average yearly pay for an express js Developer in Mumbai is 7.0 lakhs, with a range of 2.8 lakhs to 10.0 lakhs.

Node js salary in other countries

In the United States, the average express js developer pay is $110,000 per year, or $50 per hour. The starting salary for entry-level employment is $100,000 per year, with most experienced professionals earning up to $140,000 per year.

In the United Kingdom, the average backend express js developer income is £54,000 per year, or £27.21 per hour. The starting salary for entry-level employment is £40,500 per year, with most experienced professionals earning up to £60,000 per year.

From this express js vs node js blog, NodeJS isn't a high-level programming language like python. The primary point we're trying to make here is that ExpressJS can help you cut your development time in half.

Likewise, since NodeJS and ExpressJS are written in JavaScript, a simple language to learn and control, the structure is exceptionally adaptable and accessible. You can construct sites, web applications, and even cross-stage viable versatile applications.

In a nutshell, Express.js is what Bootstrap is for HTML/CSS and other web design for Node.js. Express.js made Node.js coding easier, quicker, and provided developers with more capabilities to enhance their server-side code.

Now that you have a full grasp of the many capabilities that each of these platforms provide, you may be interested in learning how businesses across the world have used them.