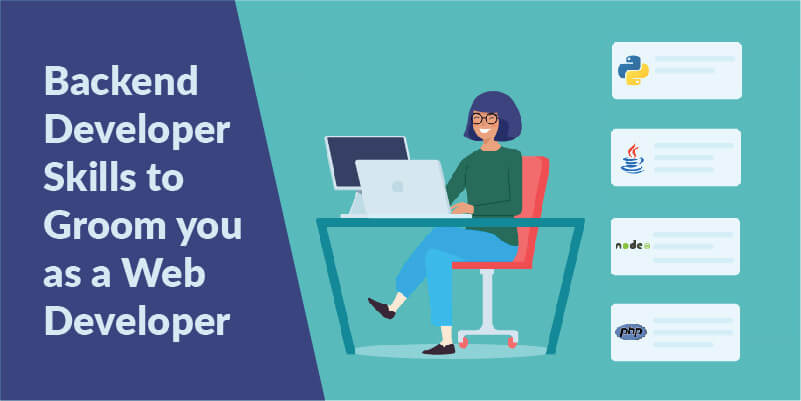 The IT sector is flooded with developers specialized in various programming languages and techniques. Developers are broadly classified into three: Front-end, Backend and the FULL stack developer.

So, if you are planning to make your place in web development then knowing backend developer skills is very important. This is considered as an attractive profession for many students who are yet to enter the IT profession due to the exciting salary provided

Who is a Backend developer?

Whenever you glance over any website the efforts of a frontend developer are only visible to us.  However, there is another important person who maintains the website work smoothly behind-the-scenes and is widely known as a Backend developer.

He is the one who acts as the engine driver, is responsible for the creation of business logic as per the software application.

This activity may be log-in or placing an order on the website that is some of the real-time fieldwork of a Backend developer. Moreover, this whole thing is accomplished as a process at the server-side.

The primary focus of this developer is over database, website architecture along with scripting. The codes written by them help establish communication between database and browser.

The simple example related to Backend Development is the content you read in any blog is obtained from the server database, which is a backend operation while the font, designs that appear on the page is a part of front-end development.

Thus, the crucial part of Backend developing is to make sure whether the user’s request through the front-end system is delivered to them without any hassle. Learn the Full Stack Web Development Online Course for a better career. 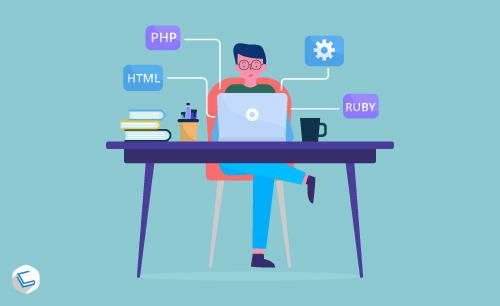 Basic skills to be possessed by a Back end developer

A Backend developer acts as the backbone of any system or website and needs some of the basic qualities for the accomplishments of day-to-day tasks without any issue.

Make use of the Full Stack Web Development offline course for gaining the knowledge required to enter the sector. The very crucial ones are listed below:

If you are planning to learn more, then go through our Guide to become a Full Stack web developer for the entire gist. Success usually comes to those people who are too busy to be looking for it. -Henry David Thoreau

Roles of a Backend developer

As a backend developer, you are responsible for the functionality, speed, and efficiency of the web application. It simply means that you are behind the logic creation for the designing of a web app for its proper functioning.

It is accomplished by the deployment of various server-side programming languages namely Ruby, Python and many more. They are often asked for PHP knowledge as well.

They take care of the data storage solution along with database such as MySQL, PostgreSQL and many more, which plays a vital role in any web application. It’s a Backend developer’s responsibility to develop a payment processing system such as accepting data, secured storage of information along with making charges for the payment.

Data privacy along with storage is considered to be one of the most crucial roles of a Backend developer. APIs management and analyses of the architecture of any system also comes under their functionality.   It is expected for the building up of frameworks, algorithm implementation and issue-resolving related to the system is the part of the Backend developer's work.   These are the people who are responsible for the organization of logic for any system that can be executed across any device.

Some of the topmost Backend Developer skills are mentioned below for making your process simple. 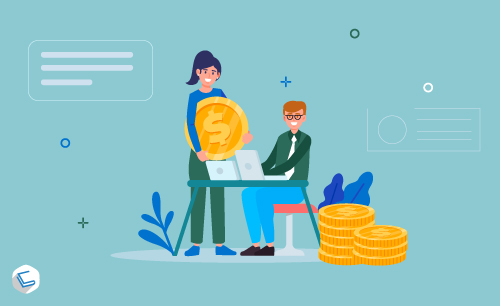 Back-end developers mainly develop along with the maintenance of the core functional logic and operations of any software application. Thus, he must be well-versed with programming languages such as C++, Ruby Java and the list continues.

This language should be in correlation with the project you are working on whether the creation of APIs or database. Server-side programming languages play a crucial role in this.

Sometimes, the Java online course may lend you a helping hand. Hence, make sure you make a detailed analysis before moving forward with the project.

Database and cache Next is the Database Management System (DBMS) that comprises MySQL, Oracle, Redis and many more. The Database is nothing but a table similar to a spreadsheet that stores data. Besides, caching mechanism knowledge namely Redis, Memcached, and varnish are considered equally important.

Server As a Backend developer, you must know the basics related to setting-up servers such as AWS, Google Cloud and Microsoft Azure for hosting. Administering servers needs a good background for it’s proper functionality.

API (REST & SOAP) API acts as an important function in the creation of web series. Even the creation along with the consumption of SOAP and REST service is considered an added advantage.

Programming skills There are some specific programming languages that a programmer must know for the smooth functioning. The crucial languages are listed below for your benefit:

Java It is considered as one of the most famous languages due to it’s versatility along with the execution of codes over various platforms. Java's popularity is constrained to desktop users. It’s real-time application can be visible in the development of an android application, database connectivity, networking, website development along with GUI based programs.

PHP This language is used for over 78.9% websites as it is easily compilable along with abundant resources. It is simple to gather data, generate the content of dynamic page, handling of cookies, and writing desktop applications. Some of the leading companies making use of PHP are Facebook, Viber, Lyft, Buffer, and Mint.

.NET & VB .NET is a web application framework that is deployed for building websites with the help of numerous languages such as Visual Basic (VB), C# and many more. It is famous for its stability and reliable characteristics in the business sector.  VB is amidst the various programming languages that make use of GUI for the modification of code already in any basic programming language.  VB’s real-time application can be witnessed in the building of mobile and desktop application along with games. Top companies like Microsoft, Stack Overflow, Starbucks make use of this language.

Ruby This is a popular web development language that comprises of various tools for the accomplishment of simple tasks. Its real-time application can be visible in the automation of repetitive tasks, creation of prototypes, building up of both web and mobile applications, and the list goes on.  Some of the famous companies that make use of this are TaskRabbit, Airbnb, AngelList, Kickstarter, Scribd, and RapGenius.

Python Python’s versatility has made it a fast-growing programming language. Moreover, the syntax of Python is comparatively easy to understand than other programming languages. The major application of this language is its usage cross-platform, simple web development, shell scripting, and quick automation. The companies that make use of Python are Pinterest, Netflix, Mozilla, Pandora, Uber, Asana and Quora

Node.js This makes use of event-driven and non-blocking I/O model that is lightweight. It is considered to be revolutionized backend along with it’s contribution towards performance.

It is considered over other languages for the processing of high volume short messages. This avoids the confusion of using different languages for both Front-end and Backend process. Its real-time application can be visualized in drawing/editing apps namely Trello, and Google Docs in which it is possible to watch the modifications made by someone else. Some of the well-known companies that make use of Node.js are Netflix, NASA, eBay and many more.

Salary of a Backend developer

We have made the skills that the employers are in search of, for a Backend developer in the market. The overall knowledge of languages, web framework along system administration will help complete your task.    The major plus point in Backend development is service is possible to be offered independently, which is impossible in Front-end development.

1. What skills do back end developers need?

2. How do Web developers learn back end?

To be a good back end developer, I'd say the following skills are required: Good understanding of a programming language that can be used to create HTTP servers (examples: C#, Java, Node, PHP, Python) and the framework to use. Framework is something you should learn. The ability to use a bash terminal (cloud hosting/traditional) is required.

3. What is the major focus of back end developers?

4. What skills do you need to be a web developer?

5. How hard is it to get a web developer job?

Yes, it is difficult to get work through job advertisements.... Try chatting to people and sharing what you've developed instead of seeking for jobs through adverts. You may have stumbled into web development without realising it.