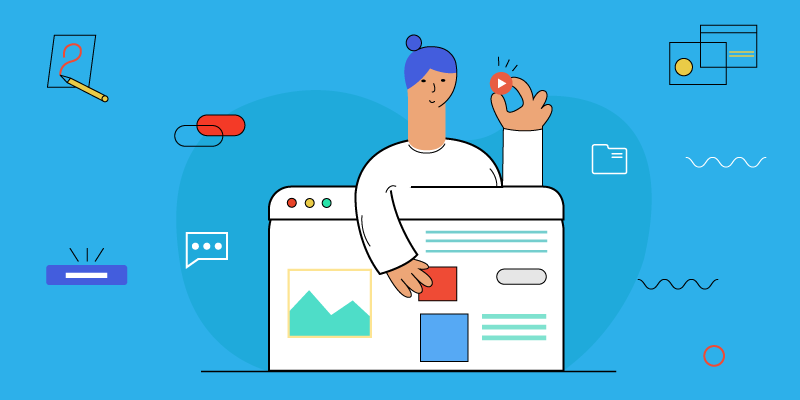 These frameworks are also based on different high-level languages which you need to know. So selecting a framework depends upon your skill set as well as your requirement. Still, we have attempted to curate some of the widely used frameworks that are used in a great number of stacks by the full stack web developers. 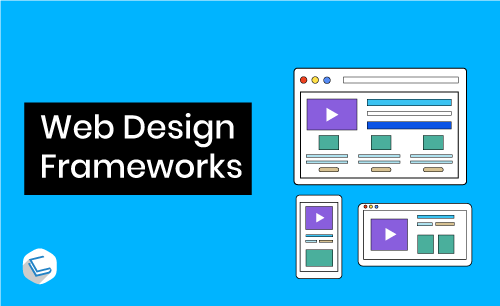 It is a front-end framework based on Javascript. It is developed and maintained by Google. It’s objective is to simplify the development and testing of Single page applications. It provides a framework for MVC and MVVM architectures. It was developed to solve issues faced in single page applications. It is the front-end part of the MEAN stack. This framework adapts and extends HTML and its attributes. It follows the declarative programming paradigm.

AngualrJS has separated DOm manipulation and app logic. Similarly, it has separated the client-side and server-side codings. This improves efficiency and reduces time. The development of the front-end and back-end can be done in parallel. Both sides can also be later reused.  It is slow to render in since it checks all the variables under the scope for every cycle. It is also not very lightweight in terms of size when compared to the other frameworks.

MeteorJS is a web framework written based on javascript. It is written using node.js. It is open source and free. It can use its template engine Blaze or can be integrated with react and angular for client-end operations.  It automatically sends data to clients without expressly writing codes for it.

This is possible using the publish-subscribe pattern. Initially released in 2011 as skybreak, it was renamed Meteor. Meteor has taken over multiple other technologies like FathomDB, Galaxy - a cloud-based hosting environment etc., They provide an integrated solution for these with Meteor. It can also be integrated with MongoDB, NPM and other web development tools. The integrated javascript stack ensures less coding and more features. It can be used for developing for various platforms for the web, iOS, Android and Laptops. This is useful for building web chat platforms and interactive web sites.

Django is an open source web framework It is written in Python. It has MTV architecture. It is developed and maintained by the Django software foundation. It simplifies the creation of complex web sites which are data driven.  It's the best feature is its reusability of components. It promotes fewer code sentences, low coupling, rapid development. It also follows Don't Repeat Yourself(DRY) paradigm.

It also consists of a lightweight web server which can be used for development and testing. It also has a template system, a caching framework, an internal dispatcher system, internalization and serialization system. It has a system to enhance the template engine. it also has an interface to the built-in unit test framework. Django can be run with Apache, Nginx, Cherokee etc., It also supports backends like Postgres, MySQL, SQLite and Oracle It is also bundled with other system and framework that makes it a complete package.

These include an authentication system, a dynamic administrative system, tooling to generate Google sitemaps and a framework to create GIS applications.

Also known as Ruby on Rails, this is a back-end web app framework. It is based on the language Ruby. It has an MVC architecture. It additionally facilitates the usage of HTML, JS, and CSS to create a user interface. It emphasises on Convention over Configuration (CoC) and Don't Repeat Yourself(DRY). It was initially released in 2005. It brought with it a defining change in features and innovation. It allowed easy migration and creating database tables.

This lead to fast application development. Rails support ‘less code and less repetition’. Rails is not connected to the internet directly. It uses a front-end web server to connect to the internet. It can be run with Nginx, Apache and Cherokee among others. It has an in-built package manager RubyGems. It is mostly paired with a MySQL or Postgres database. It is good for building scalable web applications and web sites. It has influenced many frameworks, some of which are also on this list. 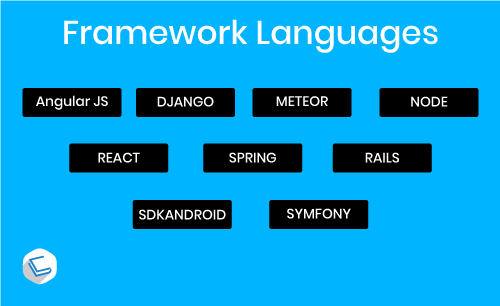 Node.js is a powerful back-end framework based on javascript. It is built on the javascript V8 engine. It is open source and is a very popular framework for server-side coding. It can be run in NodeJS runtime on Windows, Mac OS and Linux. It is the back-end of the MEAN stack.  It also has a good collection of libraries of various javascript modules.

It is used for web applications that are intensive usage in nature like video streaming sites, real-time applications, single page applications. It is not advisable to use Nodejs for CPU intensive application. Node uses an event-driven, non-blocking I/O model. This makes the framework lightweight and efficient. It is highly scalable. It has an in-built default package manager called NPM. This reduces the time is taken and lines of code that need to be written. It provides services to a much larger number of requests than traditional servers like Apache.

These applications do not buffer any data and output data in chunks.   The knowledge of javascript is a prerequisite to learn and use NodeJS. Other technologies like HTML, CSS, AJAX are value-addition.

Android SDK or the software development kit is a framework to develop an application for Android devices. It consists of libraries, application program interfaces, sample codes along with a debugger. Each Android version has its own SDK, and we should install it to be able to write programs with the latest features. This means that every time a new version of Android is released, a new version of SDK is released. SDK Android is compatible with other Operating Systems like Windows, Mac OS and Linux.

It is generally used to write programs by using an integrated development environment(IDE). Eclipse with ADT plug-in is a popular choice. It can also be coded in the command prompt. The IDEs graphical interface makes development easy and fast. Java is the programming language used to write mobile applications. This requires Java Development Kit (JDK). The SDK also comes with an Android emulator. Android development is becoming easier by the day due to the continuous development of the SDK.

This is a front-end library used to create UI. It is developed by Facebook. It is based on Javascript. It is having a very good community behind it.  It is used for handling the view layer for the web application.  You need to be adept with Javascript, HTML, and CSS. React does not use HTML, but you still should learn it as it will help with JSX which is similar to it. React is used to create reusable UI components which are a great advantage.

It reduces the time taken to code from scratch. It saves a lot of effort and resources.  Using virtual DOM is the biggest advantage of React. Javascript virtual DOM is fast and thus the performance is high. React can also be used on the server side with node. The components model of React ensures the readability of the code. This makes it easy for large apps to be built and modified.

This is an application framework. It is written in Java. It is an inversion of control container for the Java platform. It provides a consistent method of managing Java objects. The framework does not impose any particular programming model. It is an open source framework and is free. It is known as the framework of frameworks.  It has multiple frameworks like an MVC framework, remote access framework, data access frameworks, transaction management framework etc,

It also has its own convention over configuration design paradigm solution for spring framework for rapid application development. It is developed and maintained by Pivotal Software. You can also use spring to build applications on top of Java enterprise edition platform.

Symfony is a web development framework based on PHP. It is now developed and maintained by the Symfony community. It has a set of PHP libraries and reusable components.  It is free. It can operate cross-platform on Windows, Mac OS, Linux. Symfony is used to build robust applications  It will give full control of the configuration to the developers. A lot of features can be customized. Symfony uses a bytecode cache.

This has improved its performance. It replaces repetitive task. Symfony can be used to code efficiently and fast to create and maintain a web site.  It has a set of in-built free components that can be used for other projects like templating engine, a parser, an event dispatcher etc.,  Additionally, it also uses PHP based open source projects like unit testing framework PHPUnit, templating engine twig and swift- the email library. It is heavily influenced by the spring framework. 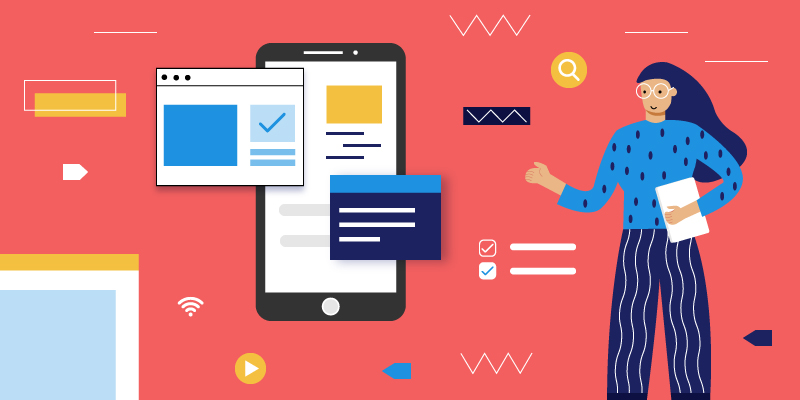 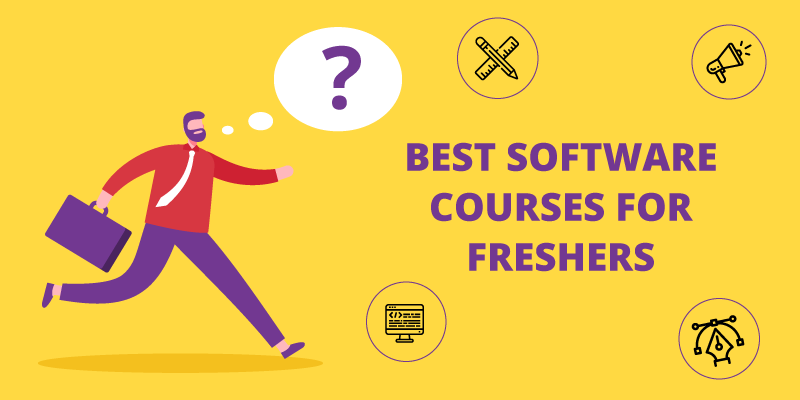 Best Software courses for Freshers in 2020 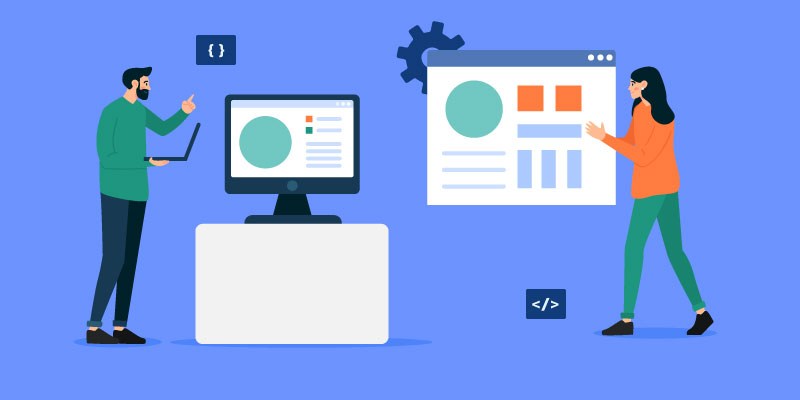 Which role to choose- Software developer or Full stack developer?