If you are interested in getting certifications for your resume, then check out our online course on full stack web development. If you feel online course as bit tough then we have alternative option of Full Stack offline class, which will suit you better 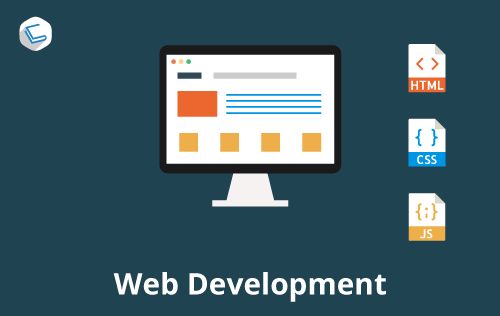 Web development Technologies that every beginner should learn

HTML5 is the latest version of the markup language HTML. HTML stands for HyperText Markup Language. It is a software solution stack. This version of HTML was released in 2008 and is still in demand. HTML is considered as the basic building block of web development. The latest update gave HTML improved language support to create multimedia features.

The language is easy to read and understand, or both humans and computers. It is consistent and flexible. HTML5’s latest version released in 2014 is also backward compatible with older versions. HTML was built in such a way that new feature introduction does not affect the performance of the old browsers. The new constructs can simply be ignored when necessary.

HTML5 is used in scripting APIs that can be used with Javascript. There are new APIs like Canvas, Microdata, Web messaging, web storage and many more based on HTML. The disadvantage of HTML is that it can not be used to create animations for websites. CSS and JS have to be used for that purpose.

Despite its shortcomings, it is still a popular language to learn and is considered a prerequisite for web development. HTML can also be used in mobile and other devices to create web applications that work are compatible with laptops.

CSS 3 is the most widely used version of CSS. HTML was introduced to give content descriptions for a web page. But its evolution brought in capacities to change and play around with the layout, colour and other attributes for a web page.

This was a big headache for web developers who were developing large web sites. It led to repetitive codings and consumed a lot of time. This ran up the costs for the companies as well.

The world wide web consortium took the initiative to find a solution for this. They came up with the idea of a Cascading Style Sheet(CSS). CSS is used to define design, layout, fonts and other behavioural aspects of a web page. Instead of writing the layout designs for every page, a common Cascading Stylesheet was used across the website.

This also ensured uniformity among the web pages. It also contained the variations required for the same content across various devices.

In practice, the CSS file is stored externally. So you need to only change the CSS file to change the look of an entire website. Thus it saves a lot of time and effort. It keeps the bottom line of an organization safe as well.

Bootstrap 4 is the newest version available of the front-end framework Bootstrap. It supports almost all major browsers. It is a client-side framework based on CSS and JS. It uses SASS preprocessor.

You would have come across this software even if you have a slight interest in web development. It is considered ideal for developing highly responsive web applications. Bootstrap needs Jquery, a javascript library to function.

This has simplified the development process. It also ensures compatibility with javascript. It has a mobile first approach. Bootstrap adds consistency to the design. It easily scales with a single code base. It is fast and does not require the repetition of codes. CSS framework allows Bootstrap to style a web page while the Javascript framework is used to modules. Bootstrap 4 does not support IE8 and IE9. For these two browsers, you can use bootstrap3.

This is one of the most popular programming languages and has lots of frameworks built on it. It is a high-level programming language. It is most widely used to introduce interactive elements in the web pages.  Along with HTML and CSS, JS is considered to be a building block of the world wide web. It follows multiple programming paradigms.

The language in its pure form does not have networking and graphics. These are achieved by APIs.Initially, it was used only for client-side operations and was later given the capacity to code for the server side.  Don't confuse Java and JavaScript. Java and Javascript have a lot of similarities but are different languages in terms of design.

All the browsers today support javascript. Javascript runs in the browser of the user and has increased responsiveness to user inputs. This is the reason JS is popular for building web applications such as chatbots, and SPAs among others. 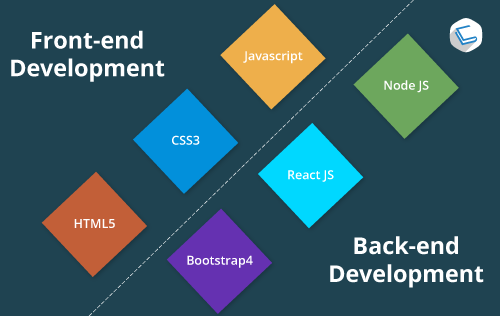 React is a javascript library. It is used for building interfaces. By creating reusable user interface modules, it reduces time consumption. It enhances the performance with simpler programming. React is developed and maintained by Facebook. It introduced React as an alternative to Angular in the MEAN stack.

It was primarily designed for front-end development. But,  React can also be used on the server side using node.js. This is due to the nature of the creation of the javascript library. React introduced the virtual Document Object Model(DOM). This updates browsers more effectively and fast.

ReactJS is slowly and surely gaining popularity in the full stack web development tools market.  React is simple but has a steep learning curve. Yet, web developers go ahead with React due to its amazing performance standards.

This is one of the first frameworks that used Javascript to code on the server side. It was first introduced in 2010. A part of the MEAN stack and its variants, it has a wide fan base amongst full stack web developers.  JS was predominantly for front-end web development. After Nodejs, it came to stand for Javascript everywhere paradigm. It has an event-driven architecture. npm is the default package manager that makes web development easier.

It is considered to be ideal for real-time applications.  Node.js modules use APIs to reduce the complexity of writing applications for the server. It is supported by various operating systems. It can be written in any language that can compile to JavaScript like CoffeeScript and TypeScript. Building web servers is a primary use of node.js. It executes commands concurrently.

The npm website hosts many open source libraries available for node.js. With node.js developers can reuse a model and service interface between client-side and server-side.

Node Package Manager or NPM as it is popularly known as is a package manager. It is the default option in NodeJS. It is the most widely used package manager. It has a database called the npm registry. This contains the public and the premium or paid packages. It also has a command line which is also called npm.

The clients use the packages that are available to them. It has a sheer number of packages and this makes the work of the developers easy. The major disadvantage of npm is that there is no checking process to ensure the quality and intent of the packages.

So the npm registry has issues with the quality of the packages which may be insecure or even be malicious. This has been a problem previously. Users are expected to flag low-quality packages to help the NPM remove these packages. Security concerns have been addressed by their integration with the Node security Platform(NS).

1. What should I learn first in web development?

2. What web technologies should I learn?

3. What are 5 essential skills every web developer should have?

4. Why are Web developers paid so much?

Full-stack developers earn the most money per year of the three types of web developers. This is due to the fact that they use both front end and back end development talents in their daily professional duties. As a result, a full stack web developer salary is something that many individuals aspire to.

5. Can Web developers work from home?

Many web developers can also work from home, making it an appealing employment choice for some. Some web developers have a degree in web development (two or four year schools) as well as certificates. There are various advantages to working as a freelance web developer or telecommuting.

6. Can I learn web development on my own?

Yes, it is feasible to self-study web development. As a self-taught Full Stack Web Developer, I would say that in order to understand web development, one must master both the front-end and the back-end.